The piano is often compared to life as both depend on the way of playing them. Though this definition of the piano is more of a psychological style, in reality, it is an elegant and truthful instrument to communicate the subtlest universal truths in the form of music. With ten fingers getting all types of music, including orchestra is possible by rightly striking the piano’s eighty-eight keys. All one has to do is to hit the right keys at the right time, and the piano will play itself to give great music.

On technical terms, the piano is a strung, acoustic, keyboard musical instrument to give the sound while striking the wire strings by felt hammers operated from the keyboard. The performer presses down with ten fingers to make the hammers strike the strings to create magnificent music. The eighty-eight small levers known as keys have a compass of seven full octaves along with few more keys in all standard pianos.

What makes interesting in Piano history?

Also read: Top 10 Best Piano Brands in The World for All Budgets

Bartolomeo Cristofori of Italy in 1709 not satisfied with the control that the musicians had over the harpsichord instrument created the piano. He holds the credit for transforming out the plucking mechanism with the hammer and called it clavicembalo col piano e forte, which in English means a harpsichord to play soft and loud noises. Then it was commonly called as piano and in French known as Pianoforte, and in German as Klavier. 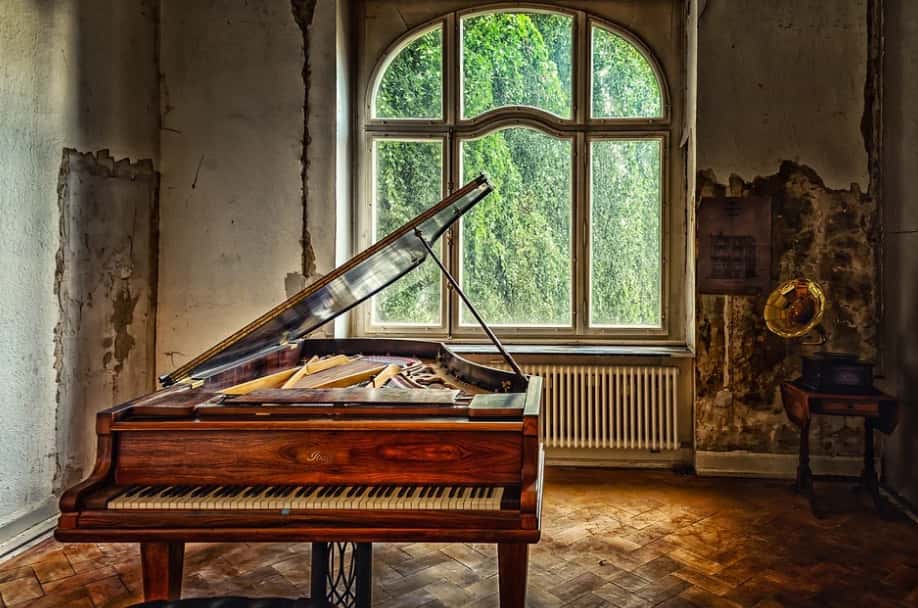 For home use, the upright pianos replaced the square piano during the 1860s. These upright pianos were tall and in elegant shapes according to the designs. John Isaac Hawkins makes the upright pianos suitable for small rooms by taking the strings to the floor level. During the 19th century, for using pianos in concert halls, there was the necessity of increasing its loudness. Hence the grand pianos came into existence during this period.

Many piano developments happened during the 20th century, including string tension rising from 16 tons to 30 tons in modern instruments. It gave the pianos dynamic range, ability to sustain tone, and a tonal spectrum. From the 1930s, electronic pianos relying on electroacoustic or digital methods of tone production came into existence.

Read more: Piano History: What are the different types of pianos?

As per the evolution of piano from its creation in 1709, there are three major types of pianos. All these three types of pianos have their unique features and depending on the demand of the performer needs and environment, and they are used worldwide,

The upright pianos were approximately 110 to 135 cm in height, 155 cm wide and with a depth of 60 cm. As they were taller to fit into rooms, the grand pianos came into existence.

Grand pianos are the modern version of the upright pianos to suit the environment. They are also expensive compared to upright pianos. Their standard width is about 5 inches, and the length varies from 4½ to 9½ inches. The distance measures them from the start of the keyboard to their farthest end. The total floor space of any smallest grand should be at least 5′ wide by 6½’ long, which includes the bench space. They also provide the performer with more control over dynamics and tone.

Though digital pianos sound similar to both their older versions of upright and grand, they produce a different type of sound. It is because a sensor is activated on pressing the keys of the digital piano instead of the hammer striking the string in other pianos. And then, the recording of the piano is played via many speakers. There are now many hybrid digital pianos that use the acoustic part to minimize the lines between digital and acoustic pianos.

For the past many centuries now, the piano has evolved to provide many scientific benefits. It is why the crystal piano considered the most expensive piano, was sold at 3.22 million USD. It has a transparent body and was played in public during the 2008 Beijing Olympic games by the famous Chinese pianist Lang Lang. But other pianos are not that much costly, and apart from musicians, even the public can enjoy their benefits with nominal costs.

In this modern world, learning piano is not only for the elite, but even the common man with a passion for music can learn piano quickly. Learning and playing the piano have several scientifically-proven benefits that are confirmed by many studies now. It may also be the reason that many musicians are successful in their life. Also, It helps all to be successful in their professional and personal life apart from many benefits including

You may also like: Evolution of Keys in a Piano

From TED sources, playing piano teaches the essential qualities required for a happy and healthy living. With scientists studying the brain lights up while musicians play piano, confirm that the ability to focus increases on improving concentration and on applying knowledge. Hence playing piano increases the skills of concentration, patience, discipline, and also perseverance.

A recent study reported by NCB confirms that the brain part responsible for stereotypical responses is turned off while playing the piano, and it fires the brain’s improvisation ability to create unique and original sound and style.

A study reported in the Sage Pub Journal confirms that playing piano boosts one’s self-confidence. It increases self-esteem after experiencing the excitement of mastery in learning a piece of music with piano.

Since playing piano reduces stress and anxiety, it treats depression as per a study by NCBI in 2013. It also confirms that it could be a holistic natural treatment for not only depression but also all types of mood disorders.

With the practice of passionate piano playing regularly at a scheduled time, makes anyone organize and manage their time appropriately. As learning or playing piano demands a routine practice schedule, it makes it possible for all other activities and hence increasing the time management and organizational skills.

It is common in this world to see even older musicians perform music with perfect memory and hearing capabilities. It is because playing piano reverses the process of slowing down of the auditory signals with age. Hence it also changes the brain processing, inner ear hearing, and memory loss.

Learning piano is not as delicate now as before, and anyone can get all the above benefits and more by playing it daily for a happy and prosperous life.